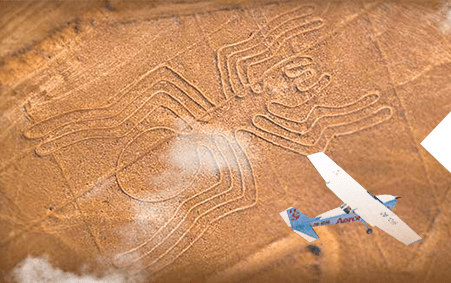 These enigmátic lines were found in a region of peru famous for a series of ancient geolyphs.called the nazca lines.which are considered a cultural heritage humanity located in the desert south of peru.

The nazca lines are geoglyphs located in an arid coastal área of Perú that cover an stimated 502 km square Scratched on the ground they numbers in the hundred creatures from both the natural world and the human imagination they include animals such as the spider,hummingbird,monkey, lizard ,pelican and even a killer whale,also depicted are plants, trees,flowers and oddly shaped fantastic figures,also illustrated are geometric motifs such wavy lines,triangules ,spirals and rectangules.

The was majority of the lines date from 200 BC to 500 AD to a time when a people referred to as the Nazca inhabited the región.the earlies lines created with piled up stone date as back as 500 BC.

The nazca people were an ancient prehistoric culture that was successful in using ingineering techniques to Bring underground water to the Surface for irrigation , some of the theories regarding the purpose of the lines connect them to this need of water.

According to María reiche.(Germán researcher)these was a huge astronómical calendar connected with the constellation. Of stars. 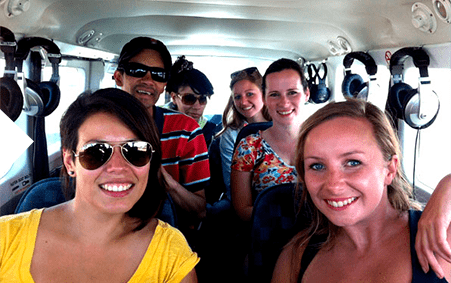 Classic Nazca lines flights
Duratión time
35 minutes
Price 80 us dollars low season
100 us dollars june,July and august
what is included in this service.
We pick up you at your hotel or bus station.

Transport round trip to the airport.
Cessna aircraft.4 or 5 passangers
Vídeo informations about Nazca lines
IT's not included
30 soles airport taxs.
Note:
Please Bring your passport with you.

Please Choose your tour we will reply you as soon as possible Thank you.

From a natural viewpoint you can see more than 100 lines, also you can walk close to the lines .so you can realize how they made these mysterious lines Also you can appreciate the ground And type of dark colored stones

Nazca mirador. From a metalic tower you can see 3 figures the hands,the tree and the lizart. Also few lines and geometric Figures.

Palpa mirador:
From these tower you can see Anthropomorphic figures 11 in total,these designs belong to Paracas culture which are older Than Nazca civilitations (2,400) years older.

What you need: Hat and sunscreens. 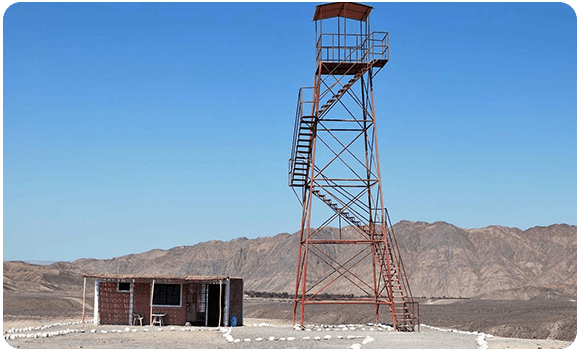 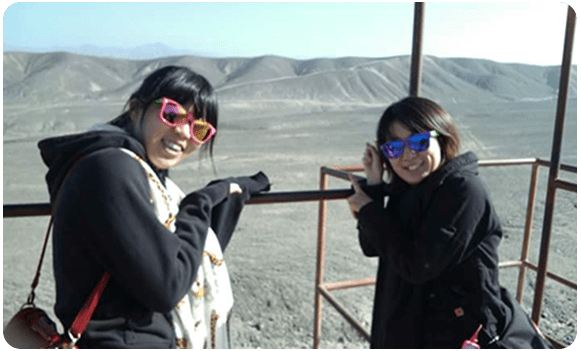 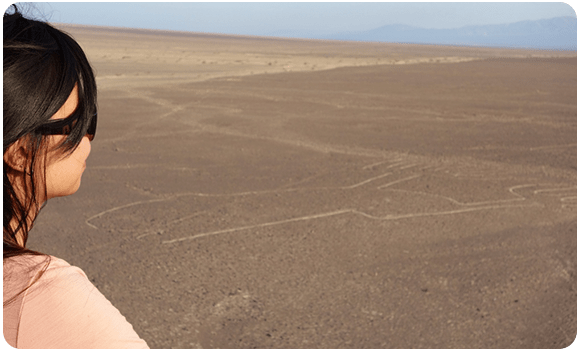 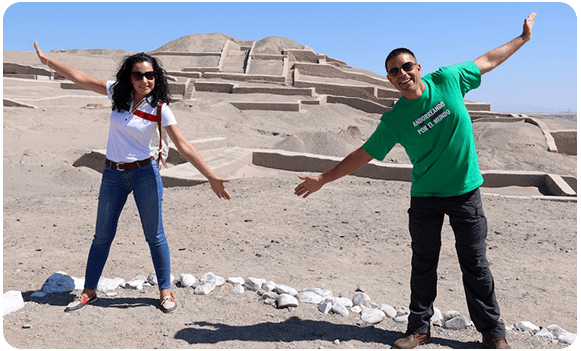 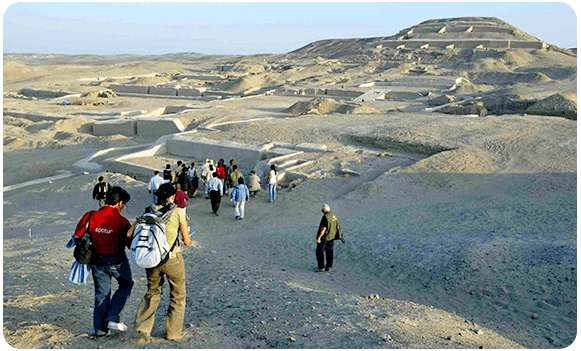 Cahuachi located in the souther coast of peru, 480 km from lima.was the most important sacred site of the Nazca civilitations.the Nazca florished between 200 BC and 600 ac.and cahuachi convers a similar time period .The site which was used For harvest festivals ancestor worship and burials is denominated by a series huge ceremonials mounds and plazas.these was a rich source of Nazca artefacs ranging from mummies to textiles

All well preserved in the arid climate. According to studies is it thought that in these magical place researcher agree that humans Sacrifice were Made heré with the purpose of having water

When you visit chauchilla cemetery yourself thought is not just a field of grave do not imagine headstones or closed tombs what you find are the bodies themselves, skeletons many still with hair or even some skin, wrapped in clothes staring at you fron the sunken eye Sockets that seems more alive than they should for people born 2,000 years ego.

En these place you can see about 30 mummies. 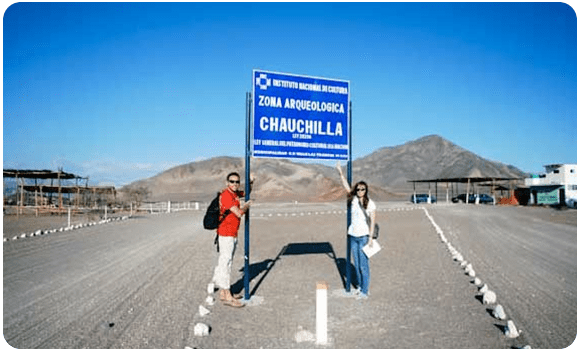 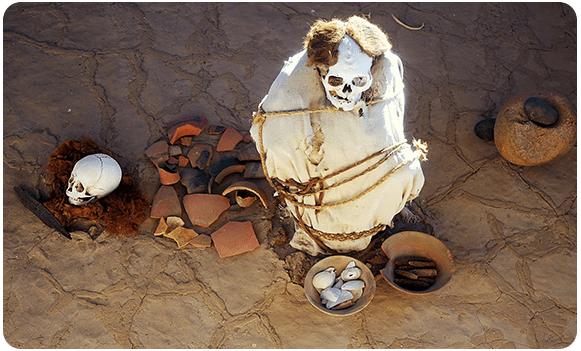 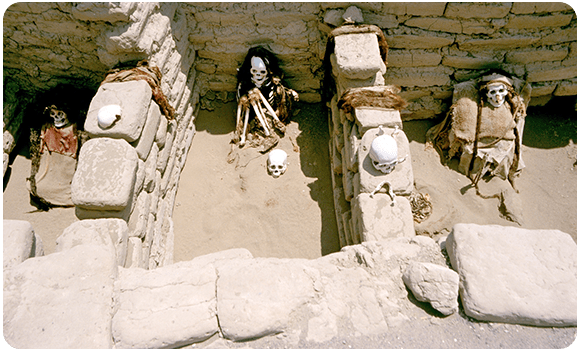 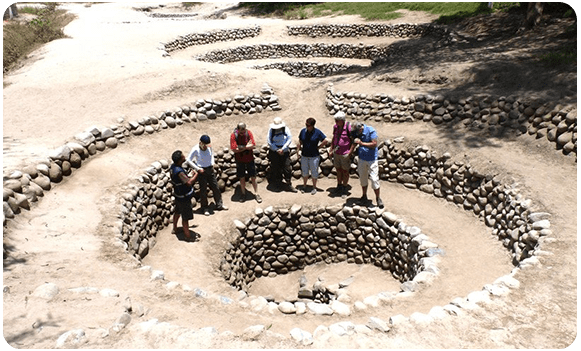 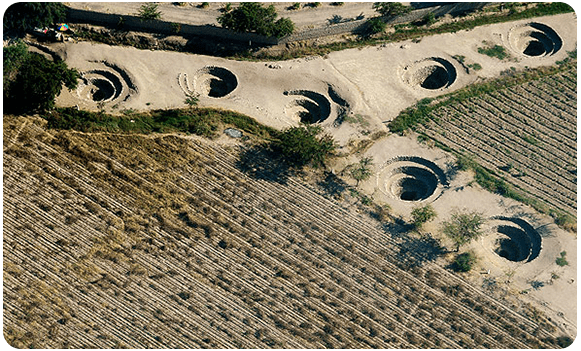 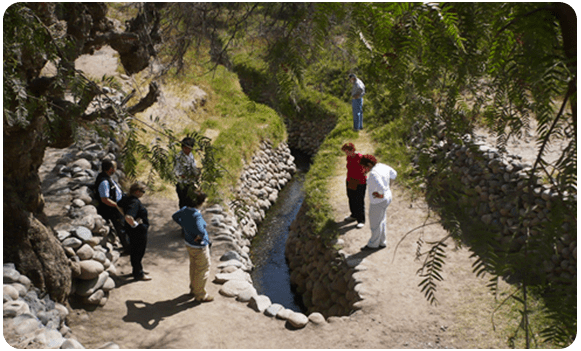 The nazca aqueducts where built in the second to 6th century AD by nszca people to survive the arid desert climate .water running in aquifers was channeled to where it was needed using man, made undergroun channels, concentrical paths leading to these undergroun channels for maintenence still In use today by the inhabitans of the valley these tunnels, wells and trenches are known collectively as puquios some of the best preserved puquios are those located in cantalloc